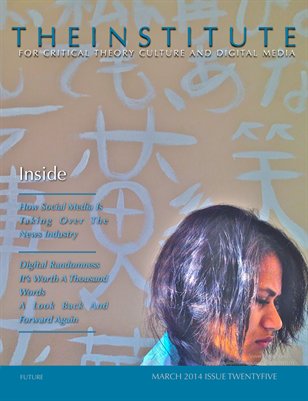 The See Through Phone
523 views - 0 comments

WELCOME TO THE INSTITUTE FOR CRITICAL THEORY, CULTURE and DIGITAL MEDIA

The rationale and aim of the Institute for Critical Theory, Culture and Digital Media is to address the rapid growth in communication practices within 21st century, as well as the advent of Digital Media technologies and its impact on an underrepresented demographic. Beginning in the mid-20th century, scientists and philosophers have conveyed in earnest how our intellectual growth has paled comparatively with the innovative leaps of technologies that we use everyday. Our culture and those abroad are experiencing radical economic and technological changes that are precursors to the transformation of our sense of self, community, and education, for better and for worse. As  technology continues to be at the forefront of globalization, it is critical that scholars in the humanities address these issues in order to broach the crucial dialogue that will shape our future to come. Critical Theory, singular to the humanities, is precisely the mechanism that allows the assessment and interdiction of democratic thought in technology, race and culture. The use of critique is a positive endeavor aimed  to enhance and serve the public good.

THEINSTITUTE test current technology and observes the statistical impact on ethnographic communities. The primary focus is new media and digital media. Advances in technology offer a world of greater proximity, yet and still the distance can become masked by an overwhelming influx of information---a lot of noise but no one is saying anything---a lot of static, so we miss the message, in which technology is to be used to overcome, not to succumb.

At the end of June 1998, Mr. Kojo Yankah, a member of Parliament and Minister of the Central Region, in the Republic of Ghana, toured nine U.S. cities. His mission was to promote and invite members of the Diaspora to the First Emancipation Day Celebration ever on the continent of Africa. The event was scheduled to take place from July 25- August 2, 1998. Its purpose was to commemorate and celebrate the end of the African Holocaust, the day the British ended the Transatlantic Slave Trade and Slavery in all of its Colonies, August 1, 1934. It was a Day to denote and denounce this common experience shared by black people the world over, chattel slavery. It was a day to remember the pain, suffering and sorrow that divided the black African family. It was a day for all those who benefited from, or whose ancestors participated in, Slavery and the Slave Trade, to repent and ask for forgiveness, to apologize and say that this conduct was wrong and immoral.

For the Diaspora and all black Continental Africans, this was the first indigenous holiday celebration on the African continent for more than four hundred years. At the center of the events planned during the celebration was the return of the remains of two enslaved Africans - one a male, named Carson, from New York and one, a female named Crystal, from Jamaica.

On July 29, 1998, at exactly 7:00 a.m., Ghana Airway's Flight #121, from John F. Kennedy Airport, landed at Kotako Airport in the Republic of Ghana, carrying each set of bones and numerous program participants, family members and friends. It arrived to the cheers of more than five hundred people, who had been eagerly anticipating its arrival since 5:30 a.m. that morning. One could feel the eeriness in the air. The dancers were dancing; the drummers were drumming, only interrupted by the intermittent firing of musketry. There was a clear and apparent awareness that something important was about to happen. As the caskets were unloaded and the passengers deplaned, the crowd grew nearer to the landed aircraft. The two caskets were officially received by a Ghanaian Government delegation, whose presence had been foremost in the crowd of more than five hundred.

For the first time in the history of the transatlantic slave trade the remains of two wrongfully enslaved Africans, stolen from Africa, were returned to Africa to symbolize the reopening of the "Door of No Return" and the reuniting of the African family. For the first time in history, Africa would make Martyrs of two Africans, whose human rights to liberty had been violated by the grossest and most thorough incident of man's inhumanity toward man in the history of the world, chattel slavery. 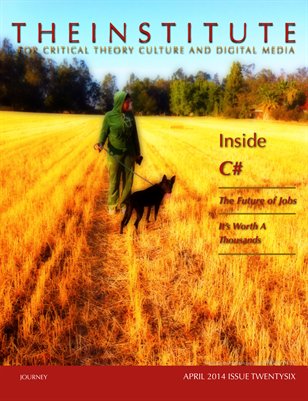 Worth Noting (see more in NEWS)

Oops! This site has expired.

If you are the site owner, please renew your premium subscription or contact support.